Alex Ross.  The name has instant recognition for any comic book geek worth their salt.  Impressively, plenty of people outside the comic book circle know his name as well.  He is one of the fastest growing artists at our gallery, and for good reason.  His drawings of everyone’s favorite superheroes and villains are stunning in their execution, undeniable in their talent, and beautiful in their own right. 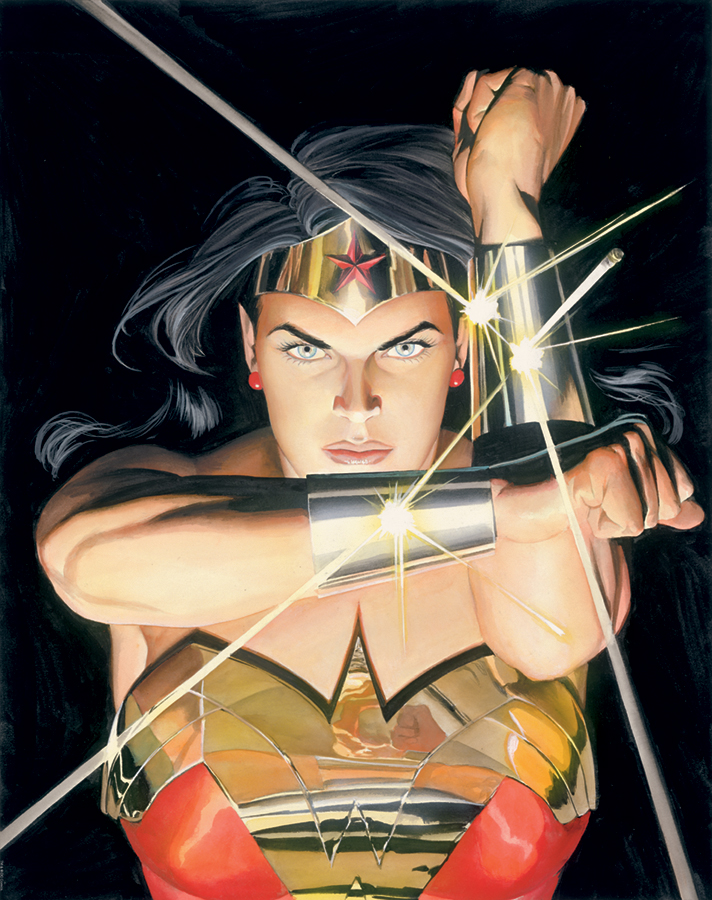 A love of art was evident from the start.  Alex Ross was born to a set of parents who would prove to be highly influential in his career path.  His mother was a commercial artist who happily shared many tools of her trade.  His father was a minister who felt strongly about the importance of doing good for others and contributing to the community.  Ross says that his father’s passion for supporting good causes financially and physically shaped his love for superheros, who are characters doing uncommon good to aid those in need.  When he was young, he fell in love with the photo-realistic style of artists like Norman Rockwell and imagined what it might be like if a similar approach was taken with comic book art.  By age 17, he was studying at the American Academy of Art in Chicago, his mother’s alma mater.  During his three years there, he honed his personal style and began painting his own comics. 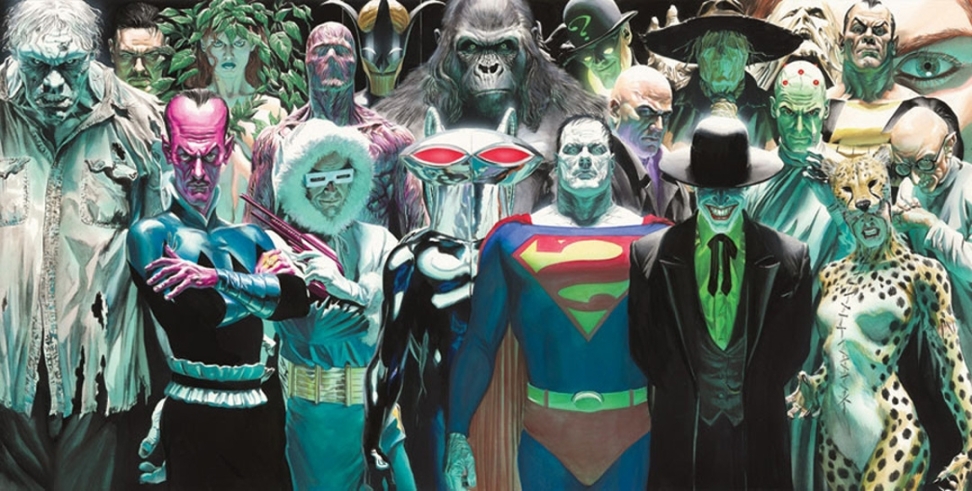 Upon graduation from the American Academy of Art, Ross began working as a storyboard artist for an advertising agency.  It was also around this time that Marvel Comics editor Kurt Busiek contacted Ross with the idea to collaborate on a project.  This ultimately led to 1993’s graphic novel Marvels and the beginning of Alex Ross’s comic art career in earnest.  His success continued to blossom, to the point where he was able to begin undertaking projects outside of comic art.  In support of 9/11 charity funds, Ross released a series of portraits of NYC firefighters, paramedics, and police officers.  The following year, he designed a collection of limited edition promotional material for the 2002 Academy Awards.  Three Anthrax albums have been covered in commissioned Ross art.  He’s done some political art here and there and has even sculpted busts of some of his characters. 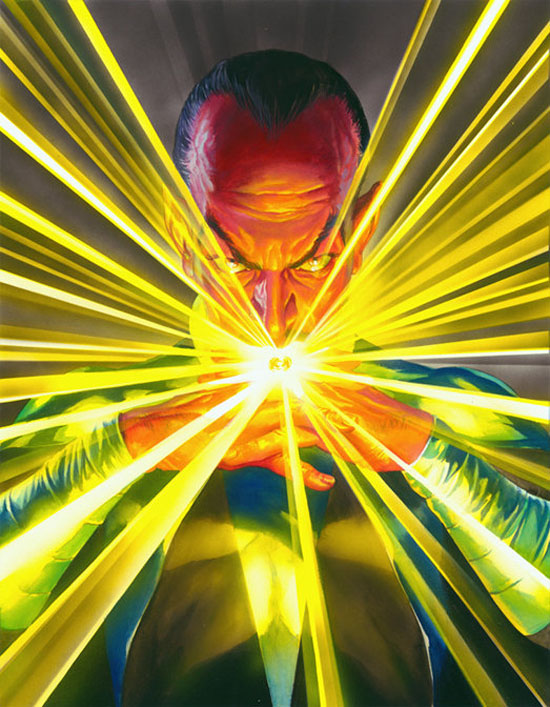 Within the comic book world, his success is almost unbelievable.  In addition to covers and interior art for DC, Marvel, Image, and Dynamite publications, his art can be found in some pretty unique places.  Director Sam Raimi commissioned him to create 15 paintings for the opening credits of Spider Man 2, which Ross later had auctioned off to benefit the United Cancer Front.  Players of various iterations of the Spider Man video games available can unlock special Alex Ross-designed characters.  There is an Alex Ross anthology book, DVD covers, and countless other places where his fine work shows up.

One of the reasons Alex Ross has been so successful can certainly be traced back to his commitment to his own dream, which is his number one piece of advice when people ask.  When he envisions something, he pursues it wholeheartedly and with dedication to see it through to the end.  He tries to imagine all the forms it might take and cover them himself, so that others can’t try to manipulate his vision.  And best of all?  Alex Ross hasn’t forgotten where he came from, donating work to charity and even writing an entire story called “Kingdom Come” with a main character based on his father. 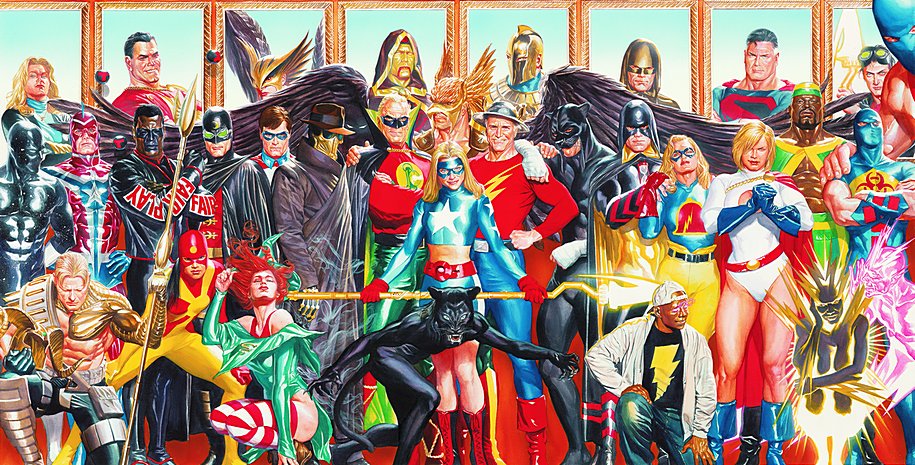 “That’s nice, but what do a bunch of comics have to do with fine art?” you may ask.  Well, the beauty is that many of Alex Ross’s very best paintings are available as full size limited edition fine art prints.  The quality is exceptional, with bright detail.  For anyone with a love of superheros (or villians), these are a collector’s dream!  Each print can be beautifully framed to create a very classy presentation, perfect for your home.  We’ve included some of Ross’s most popular limited edition prints here.  Click on an image will take you to the gallery for pricing and other information.  Additionally, the entire Alex Ross fine art limited edition collection can be found HERE.

“Protectors of the Universe”